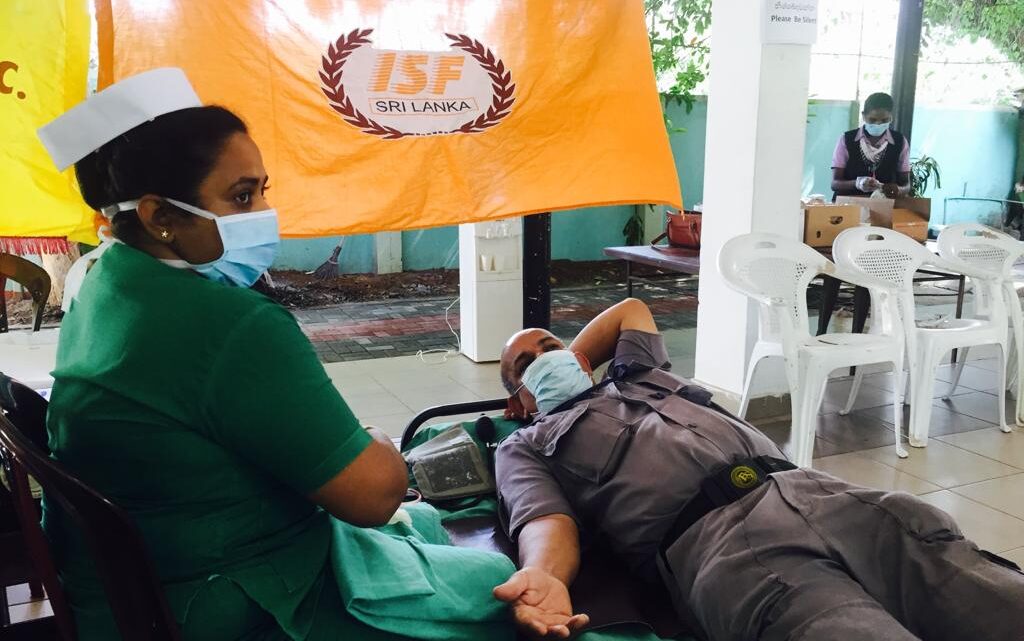 Under the regular Social Responsibility programs organized by the ISF (Sri Lanka) Inc., held a blood donation campaign on 17th September 2022 from 1000 hrs at the Anderson Flats Recreation Centre at Narahenpita in collaboration with the National Blood Bank. Over 100 donors from Member Companies and others actively participated by donating blood during the course of the day.

Industrial Security Foundation commonly known amongst the industrialists as ISF is the sole professional body which represents the private & commercial security industry and its stake holders in Sri Lanka, which is incorporated by an Act passed in the Parliament of Sri Lanka in 1999 (Act No 51 of 1999).

The President and the Executive Committee elected in an Annual General Meeting each year is the governing body which liaises with the relevant Ministries and Departments for recommending, implementing and monitoring of industry standards in Sri Lanka. The Government Wages Board for the Private Security Industry under the Ministry Labor has also allotted permanent representation in its with Members from the ISF since 1999.

In welcoming the Doctors, the staff of the National Blood Bank, the donors and the well-wishers the President of the ISF Wing Commander (Retd.) D Pradeep S Kannangara conveyed his heartiest thanks and appreciation for the valued contribution toward making this need of the Nation to save another life successfully.