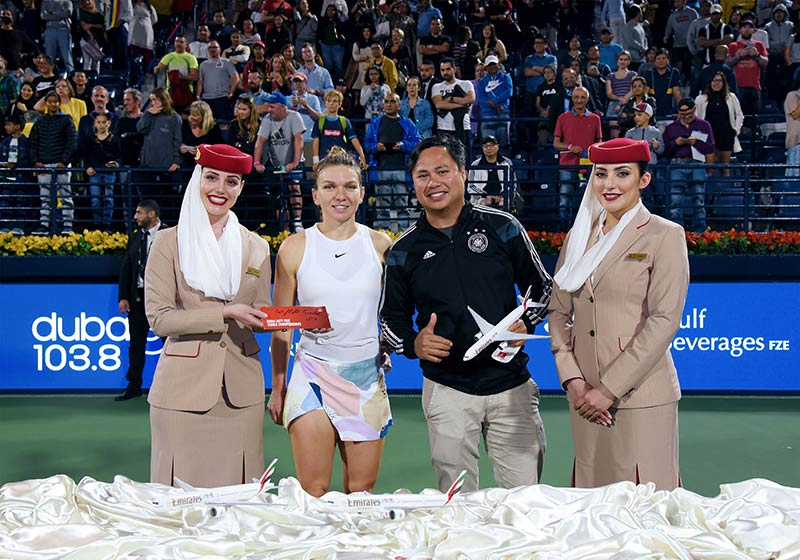 Emirates offered tennis fans the opportunity to win tickets to watch the matches and meet the champions. The airline had a strong brand presence during the championship in additional to hospitality which welcomed VIP guests, sports champions, Emirates Skywards members and media. Emirates Cabin Crew handed out kids products and took photos with youngsters with ‘Fly with Me’ mascots at the Tournament Village.

For over twenty five years Emirates has been committed to sponsorship and engaging with sports fans around the world. In addition to sponsoring the Dubai Duty Free Tennis Championships, the airline sponsors over 60 tournaments in 32 countries, including three of the four Grand Slams – the French Open at Roland Garros, the Australian Open, and the US Open.