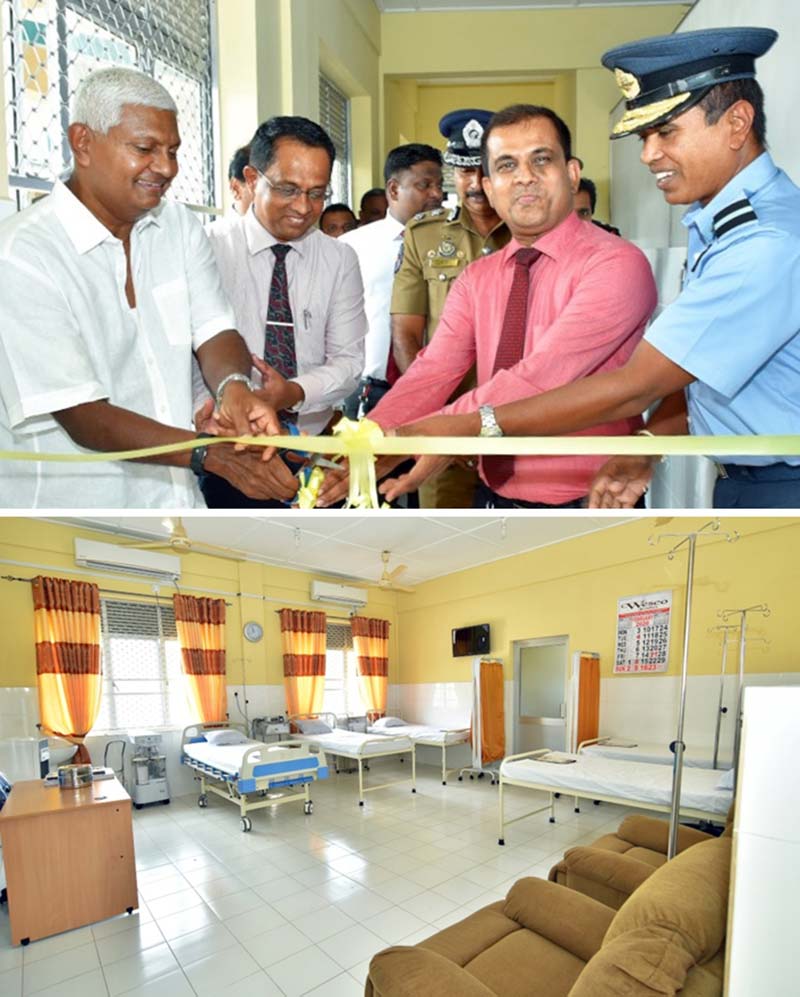 The District General Hospital Trincomalee has received a fully-renovated and re-equipped Day Chemotherapy Unit for the treatment of cancer patients, thanks to the generosity of Ceylinco Life.

Ceylinco Life had also donated a sophisticated portable ventilator to the Trincomalee General Hospital in 2015.

The market leader in Sri Lanka’s life insurance industry for 16 of the 32 years it has been in operation, Ceylinco Life has close to a million lives covered by active policies and is acknowledged as a benchmark in the local insurance industry for innovation, product research and development, customer service, professional development and corporate social responsibility.

Ceylinco Life was adjudged Sri Lanka’s most valuable life insurance brand by Brand Finance in 2019, ranked among the 10 ‘Most Admired Companies’ in the country by the ICCSL that year, named the Best Life Insurer in Sri Lanka for the sixth consecutive year in 2019 by World Finance, and has also been declared the most popular life insurance company in the country for the past 13 years by SLIM-Nielsen.